Everybody is a Treasure - The adventure begins from The Mojo Artist on Vimeo.

The Luscious Order of Golden Shieldmaidens

What was a 5-year-old doing worrying about body shame?  What was wrong with our culture / family that this was a thing?

I didn't have the answer.  So I began a journey to find an answer as an artist.  This has meant collaborating with women from all over NZ to create an exhibition that is a counterpoint to the 400-600 photoshopped images we see each day.  We have collected almost 300 images so far of women covered in golden clay - representing the treasure that is our body.   Our goal is to reach 600.

Along the way we have even made a film.  And the photographing and filming continues. 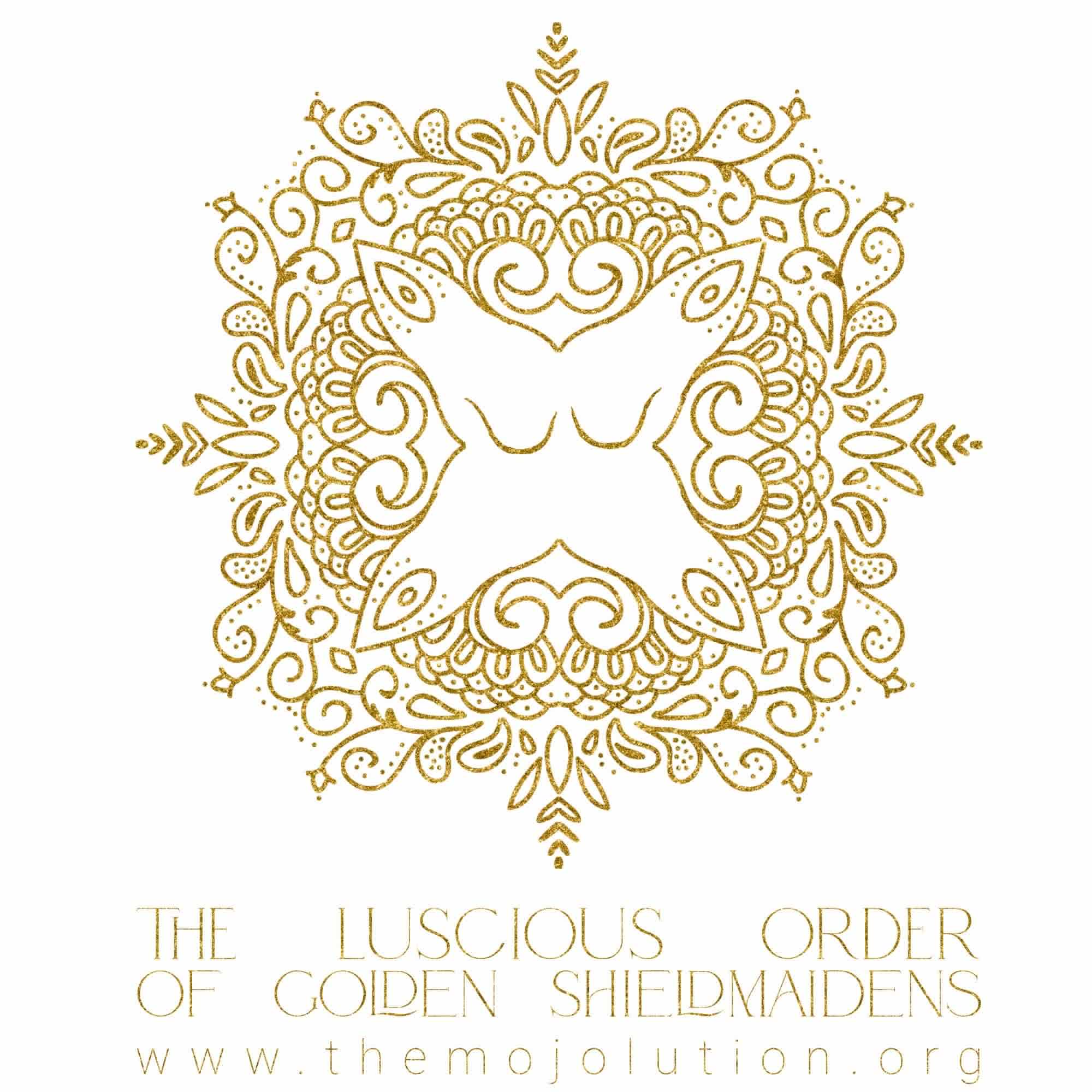 It is here that you are offered the call to an adventure.

My guess is that somewhere along your development from girl to woman your mind was encouraged by culture to pick a fight with your body.   This fight caused you to power down in certain parts of your life. To play smaller.  To try not to be seen.  So what if you chose to have a big pattern interrupt in that story?

For your sake.  For the next generation of girls sake.

You are officially invited to become part of the Luscious Order of Golden Shield Maidens. To be inducted you will attend a workshop where you will be given tools that help to begin the process of shedding your body shame layer and instead choosing self-compassion. 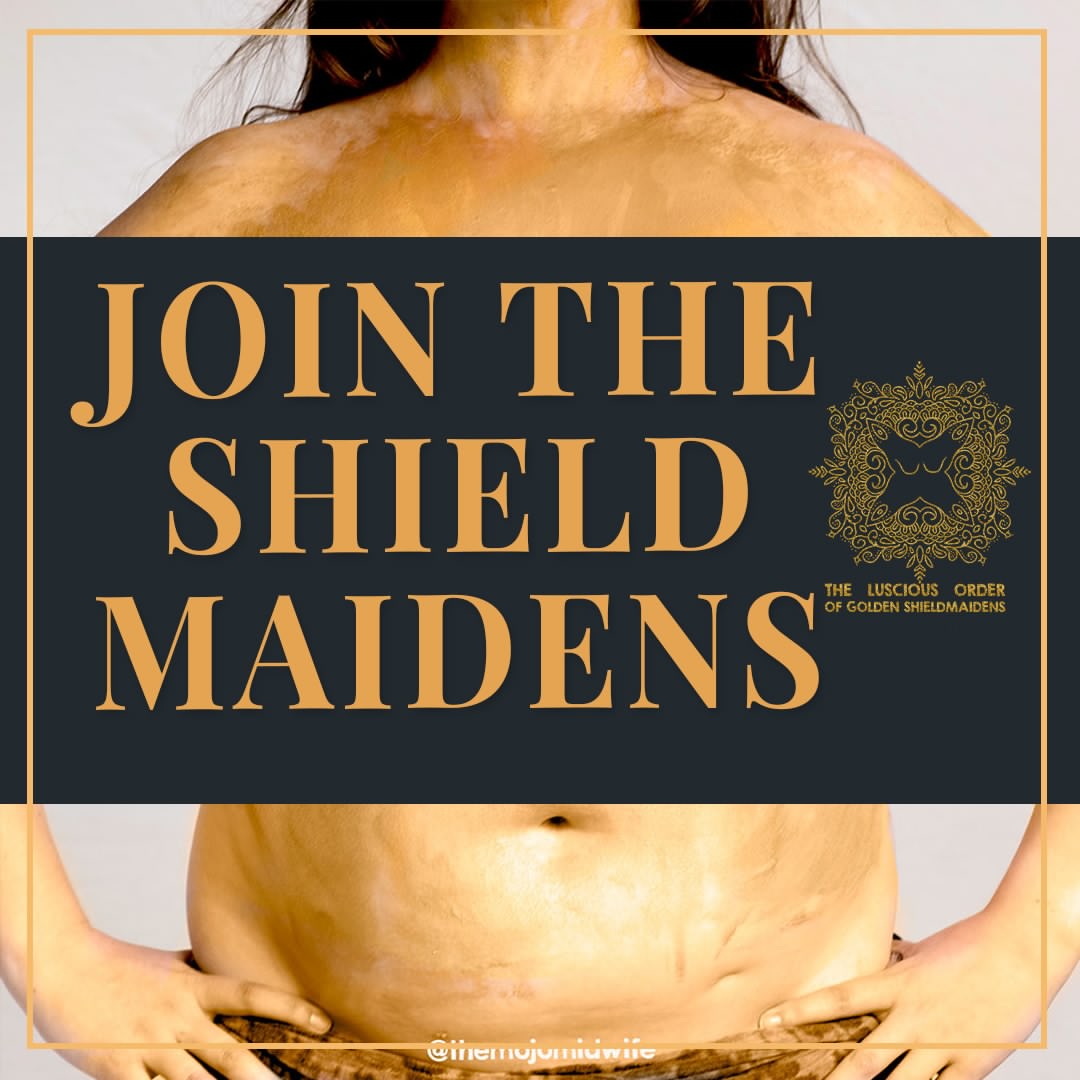 You will be covered in golden clay and photographed to create an exhibition that acts like a golden breasted shield wall.  A gift to the next generation of women.

Some women do it for their daughters.  Some for their nieces.  Some for themselves. Some do it as a middle finger to a culture that shames or to perpetrators who sought to rob their greatest treasure.

The art of Wabi Sabi - Backfill our sore spots with gold

What we have found is that most of us carry body trauma with us.  It can be generational.  It can be personal.  But the trauma of living in a female body in a culture that struggles to respect it can be hard.

Along this journey, I have healed my own relationship with my body.  I was raised in a world where heroin-chic models were the ideal and my luscious curves were "disgusting".   This fissure ran deep for over 40 years.  Since Harper asked me the question I have realized that the best way to answer her was to backfill my fissure it with love.  It has taken time and patience with myself.  But like wabi-sabi where broken pottery is filled with gold and made more valuable than before so has my relationship with my neglected self.  This is what I want for you if you have ever experienced your mind being a mean girl to your body. 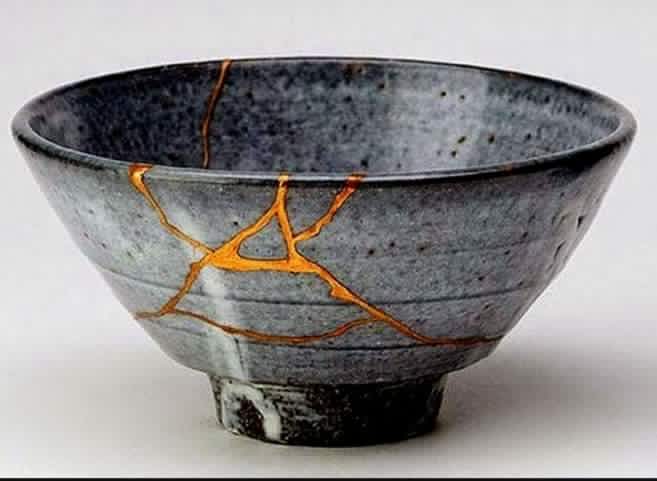 This workshop is a container that can take part of that trauma and release it.  It has the potential to uncover and remove at least a portion of the toxic mindset that the dominant culture feeds us.  And in its place, we chose love, gratitude, and a reclaiming of power.  Or if you are golden already, it can simply be an offering of your love to the next generation.

How wonderful is that?

We are looking for at least 300 more women to join the Luscious Order of Golden Shield Maidens.

You must be over 18 and identify as female.   We would love to have you join the sisterhood.

Who has joined us so far?

Bring a friend.  Or make some friends. We would love to have you.

Oh... and we are making a TV series

We were funded by the New Zealand Film Commission to create a short called Finding Venus which is due to be released in 2022 to film festivals.  Now we are collecting more stories to develop a documentary series called the Mojolution.   This series is about women reclaiming their bodies and all of the issues that it stirs up as we do.   Such as:

We are exploring the lot.   We would love to hear your story if you are keen to share.  We will be selecting some women to interview at each workshop for the film but we need a heads up about what you have to share.   Due to time constraints in each location we cannot promise that we will be able to share everyone's stories but we will try to use at least part of the stories you share in some way.   It may be that they are folded into our Mixed media art piece called the Choice.  Or it could be that they are included in a future book we will be publishing with the images.   But in the first instance, we will be reading your stories to see who would be the best choices for us to interview while we are on location to fit into the episodes we have in mind.   Please note, If your story isn't chosen it isn't because it wasn't powerful or incredibly important...just we have to pick the ones that fit our vision for the series.

Specifically, we are looking for stories from:

Please fill in the form below